In stone 'twas said that
four muses had Carl Linne.
Time stole them away.

The same year that Chicago's towering Ulysses S. Grant equestrian statue was unveiled, Lincoln Park also welcomed a memorial to a naturalist, donated by the Swedes of Chicago. 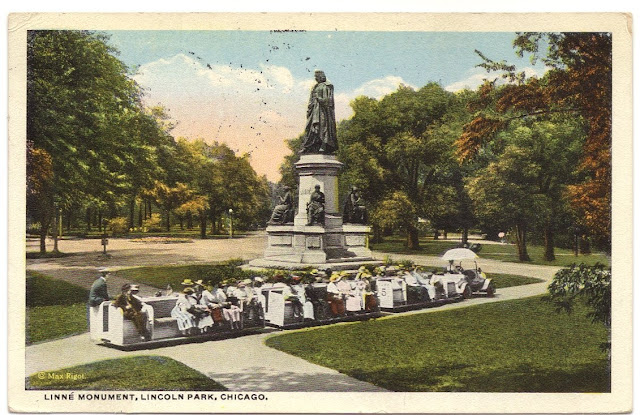 From 1891 to 1976, a portrait statue of Carl von Linne faced south, from the southeast corner of Fullerton and Stockton Drive.  In March 1976, this massive form was moved to its new home on the Midway Plaisance at the University of Chicago.


Carl von Linne (1707 - 1778) was a Swedish scientist, most famous for formalizing the system of naming plants and animals.  His nicknames include: the Father of Taxonomy, the Flower King, the Prince of Botanists.

This duplicate of a Stockholm monument was designed to include four female figures to celebrate the four sciences in which Linne was distinguished: zoology, medicine, mineralogy, and botany.

The tired and true fate of these female forms is that they deteriorated and were vandalized. When the statue was relocated from Lincoln Park, the badly damaged muses were removed. The Swedish American Museum in Andersonville has remnants of these ruined forms on exhibit.


These zinc and iron muses were easily broken because they were models (from Sweden) intended to be used in casting permanent bronzes.  Short on money and interest, the models were mounted in haste in March 1893, in preparation for the World's Fair that year.

The Swedish American Museum has well organized records on the history of the Carl von Linne statue thanks to the tireless work of Selma Jacobson (1892 - 2000).**  Once described as the grande dame of Chicago's Swedish American community, Selma advocated for the relocation and restoration of the Linne statue, which included her flying to Stockholm in 1983 for the purpose of photographing the original muses. Her hope was that the monument's original design could at some point be realized.

With the permission of the Swedish American Museum, below are select images detailing these interesting lost figures. These images were captured by a ninety-one-year-old Selma Jacobson on her trip to Stockholm in 1983.

Zoology was focused on a butterfly with a crane-like bird at her side. 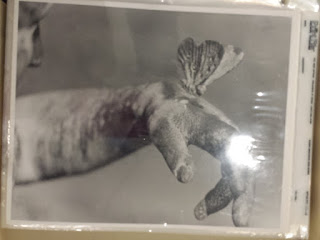 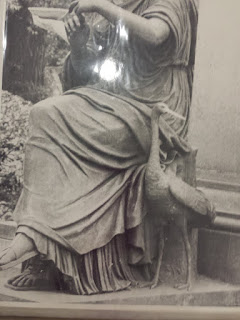 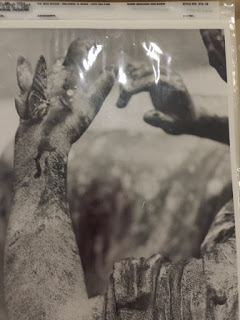 Mineralogy studied a quartz rock and had a map for reference. 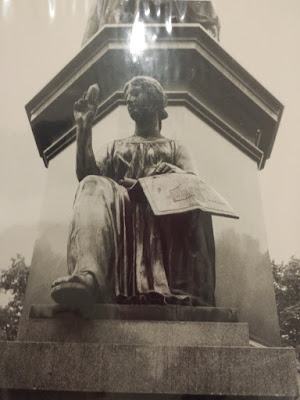 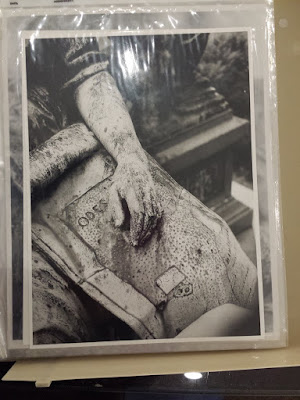 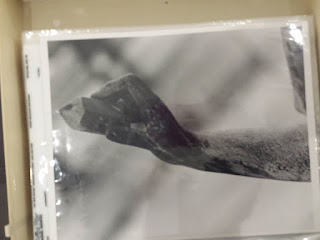 Botany held a flower and a magnifying glass, and a flowering plant decorated the ground near her feet.  (second photograph below is from another source) 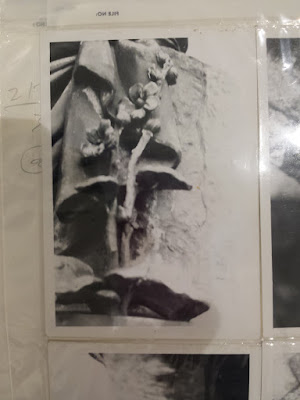 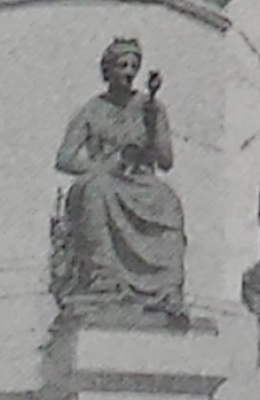 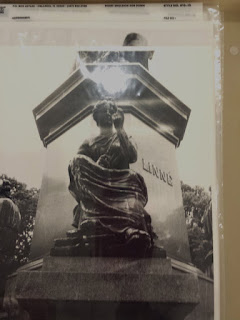 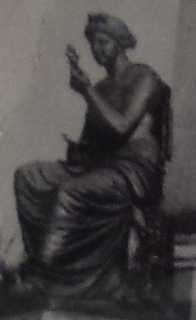 Medicine grasped a mortar and the Rod of Asclepius (the snake and staff), a symbol associated with healing and medicine. 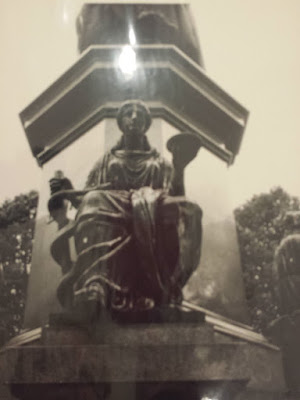 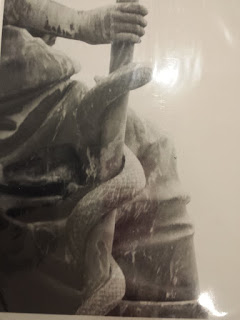 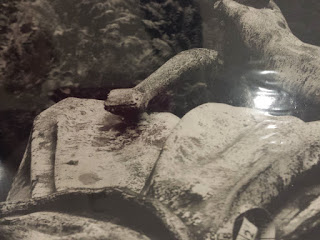 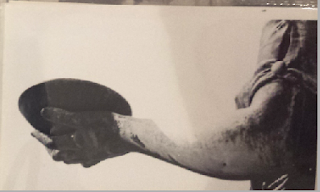 Next time you visit the Midway Plaisance at the University of Chicago, look for this massive likeness, a fifteen foot portrait mounted to a height of thirty-nine feet. 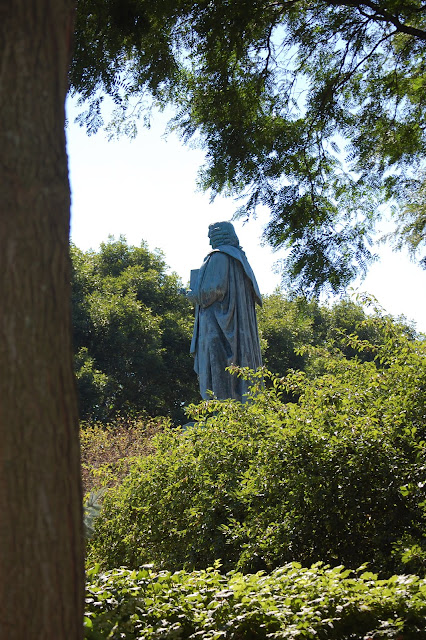 Since 1982, Chicago has a second memorial of the Swedish scientist. The Chicago Botanic Garden hosts "Carolus Linnaeus" by Robert Berks (1922 - 2011). 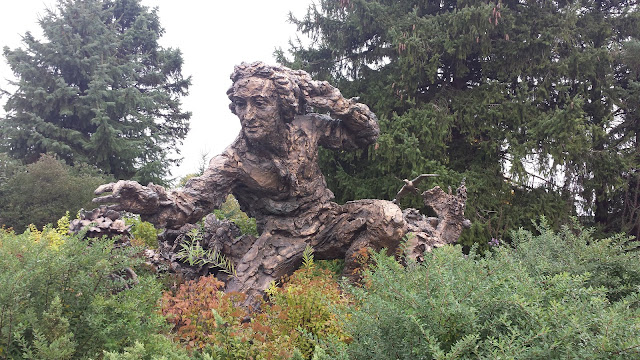 To see the Frithiof Kjellberg (1836–1885) statue with all its intended glory, there is always the original in Stockholm.


Thank you to the Swedish American Museum for access to their archives and for allowing me to post these images.

*Thank you to David Ratowitz for the awesome haiku!

More history on Linne and other Lincoln Park statues is documented in Giants in the Park.

Posted by Krista August at 16 February No comments:

Considered the most successful portrait (statue) of Lincoln in existence, Lincoln the Man is set back, to dramatic effect, from Lincoln Park's southern boundary and entrance at North Avenue.


Gratitude to the monument's benefactor, Eli Bates, was expressed at the 1887 unveiling ceremony with a reading of Bates' biography, and in a permanent way with an inscription at the base, "THE GIFT OF ELI BATES." 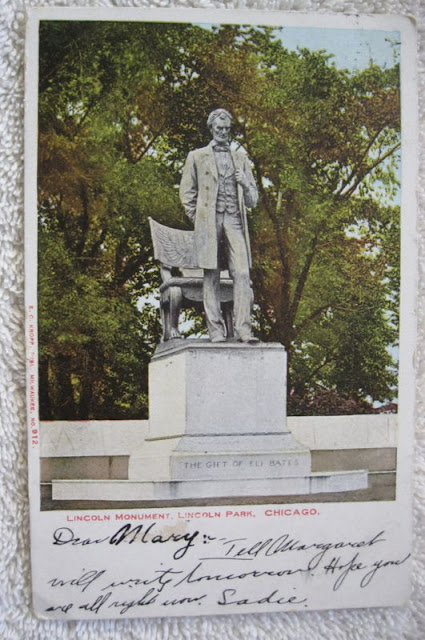 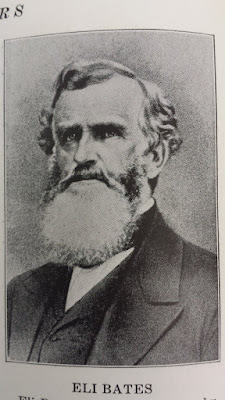 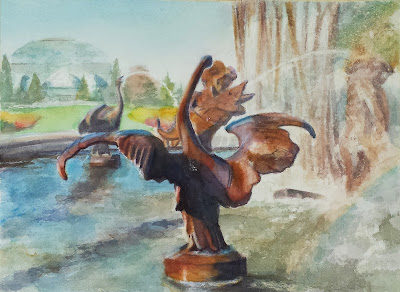 Like Lincoln, evidence suggests that Bates was a man of great
character.

Ten years following Bates' death, a memorial tablet in his honor was erected in the Unity Church which he helped found.

Giants in the Park books, lectures, tours, and art. 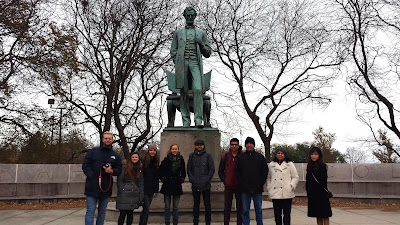 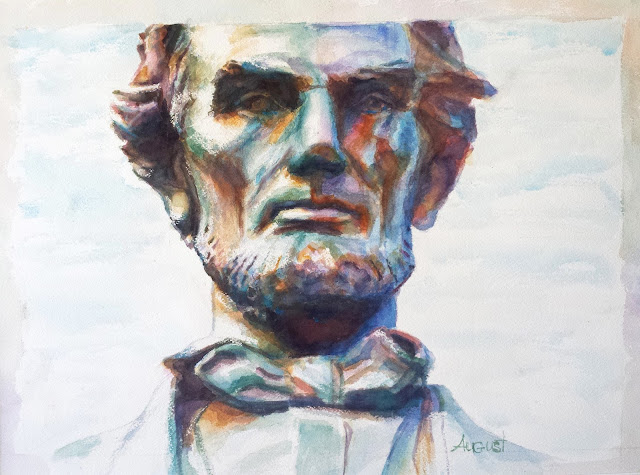 Posted by Krista August at 01 February No comments: